The largest Scottish city of Glasgow is a great place to spend a vacation or a short weekend. The most interesting festivals, a rich historical heritage, a lot of cultural and art institutions- all of this the city is ready to offer tourists. Glasgow is located on the northwestern British coast, 32 kilometers from the mouth of the River Clyde. On the territory of the city, there is a huge number of parks, in which the pine and larch trees predominate. In the reserves, the stony Sigilaria stumps, related to the Carboniferous period, are preserved.

Glasgow is considered the third most populated city in the UK, after London and Birmingham. The city itself was founded in the middle of the 6th century, and in the Middle Ages already, Glasgow has become quite an important educational and religious center of Scotland. In the 18th century, the revolution made the city one of the most significant industrial centers of the country, especially in the shipbuilding industry. The best time for a trip to Glasgow is summer. The absence of crowds of tourists will allow you to enjoy the city in a calm atmosphere, not disturbing the excursion route. Especially comfortable your trip will be with the help of car rental in Glasgow International Airport. It is also recommended to have several warm items of clothing in your travel suitcase. In summer, there are cold evenings in this area.

There are more than seventy gardens and parks In Glasgow, which are specifically equipped for recreation and entertainment. They have original design, satisfying the eye plantations of exotic flowers and colorful pavilions.

The oldest park in the city is Glasgow Green. It was founded in the 15th century. The park is a place for holding large cultural events and celebrations. It is a favorite vacation spot for the elderly and youth, where there are many unusual sights. The park has picnic areas and equipped sports grounds.

A unique atmosphere has the Kelvingrove Victorian Park. The Botanical Garden is welcoming those, who are fond of rare plants and flowers. Founded in the 19th century, it is famous for its collection of begonias and orchids. Incredible sculptural designs are an additional decoration of the garden.

One of the classic examples of the Victorian style park was opened in 1852 by the project of Joseph Paxton (the famous British architect of those years and the author of the London Crystal Palace) and has since been a popular vacation spot for townspeople. This place is great for the outdoor activities, for games and recreation suitable for families with children. Here you can have a great time at the attractions. On its territory, there are Kelvingrove art gallery, tennis courts, croquet playgrounds and bowling on the grass, children’s playgrounds. 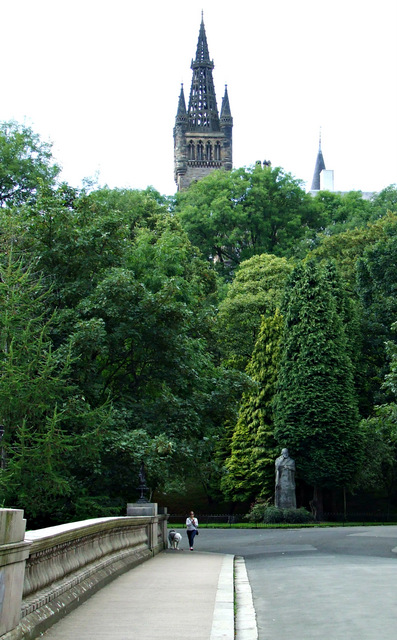 This park is located in the eastern part of Glasgow, on the north bank of the River Clyde. It is the oldest park of the city, founded in the middle of the XV century. In 1450, King James II gave a piece of land, as a gift, to Bishop William Turnbull and to the residents of the city. In those days, Glasgow Green looked completely different, than it looks now. It was a swampy terrain, where between the green lawns, flowed the Molendinar Burn River. There, the locals grazed livestock, washed and bleached linen, hung out the fishing nets for drying and even sailed.

Only in 1817 and 1826, the attempts to improve the park were made. The rivers were removed to the pipes, under the ground; the territory of the park was leveled and drained. Then at different times there were various proposals and ideas for the reconstruction and use of the park – starting from the idea to dig a shipping canal, and ending with a project of coalmines (under the park coal deposits were discovered). All these proposals were rejected by the city council or by the residents of the city.

In 1806, a year after the death of Admiral Nelson, in his honor, a monument was erected in the park. This was the first monument to Nelson in the UK – the Nelson column in Dublin appeared only two years later, and in London – three decades later. In 1810, the lightning hit the monument, and the upper part was damaged. In 1855, the St. Andrews suspension bridge was opened. In 1881, a fountain appeared in the park in honor of 1877-1880 Glasgow Lord Provost, Sir William Collins, who was an active member of the Society of Sobriety.

The Dalton fountain, depicting Queen Victoria, surrounded by the allegorical figures of Australasia, India, Canada and South Africa, was replaced to the park after the 1888 World Exhibition.

In 1898, the People’s Palace was opened – a cultural center for the East End residents. On the first floor, there were reading rooms, on the second floor, there was a museum, and on the third one, there was an art gallery. Since the 1940s, the Glasgow History Museum has been opened in the People’s Palace. The MacLennan Arch changed its location in the park for several times, until the year 1991, when it was installed in its present place in front of the court building at the Saltmarket. 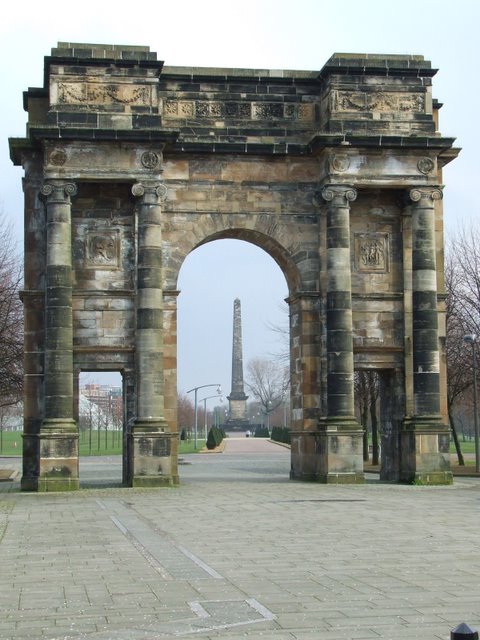 In addition to these historical sights, there are play and sports grounds, a winter garden and a football field in the park. The park hosts concerts and social events.

Park Glasgow-Green – one of the most important places of interest in Scotland. This is the oldest park, built in the XV century. This place is great for a family holiday at any time of the year. Here you can walk, breathe with the freshest air, play sports, arrange picnics.

How To Be A Good Event Manager